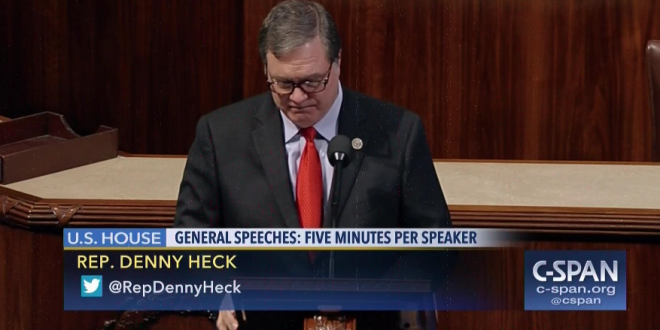 Dem House Rep Hits The Exit: My Soul Is Weary From Vicious Trump And His “Distant Relationship With Truth”

The countless hours I have spent in the investigation of Russian election interference and the impeachment inquiry have rendered my soul weary. I will never understand how some of my colleagues, in many ways good people, could ignore or deny the President’s unrelenting attack on a free press, his vicious character assassination of anyone who disagreed with him, and his demonstrably very distant relationship with the truth.

As has been observed, however, to some degree he is a symptom and not the cause or at least the only cause. The truth is that civic discourse began degrading before him. At times, it is as though there are no rules or boundaries.

Success seems to be measured by how many Twitter followers one has which are largely gained by saying increasingly outrageous things, the more personal the better. There are simply too many hyperbolic adjectives and too few nouns. Civility is out. Compromise is out. All or nothing is in.

BREAKING NEWS: Congressman Denny Heck, who represents Washington’s 10th district that includes Olympia and parts of eastern Tacoma, announced his intent to retire from Congress at the end of this term. https://t.co/yh7dg9YP4h

Today, I announce my retirement from a career in public service that began over forty years ago. I wrote a brief note of thanks, explanation and remembrance. I hope you’ll take a minute to read it. https://t.co/85W8cRooKE