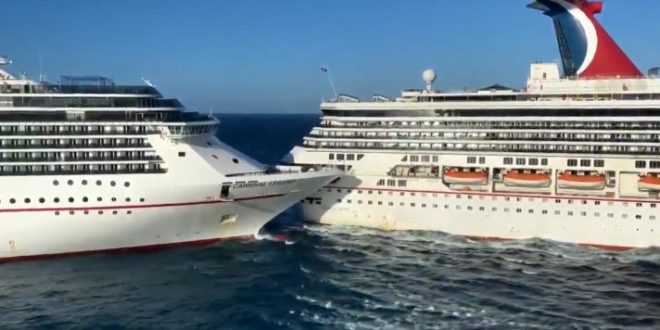 Two Carnival Cruise ships collided near the Port of Cozumel, Mexico on Friday. ABC Action News has learned the Carnival Glory collided with the Carnival Legend, which departed from Tampa on December 15. The collision happened around 8:50 a.m. local time. Passengers have started posting video showing major damage to the Carnival Glory.

Photos posted on Twitter show damage to at least two decks of the right rear of Carnival Glory. Miami-based Carnival Cruise Line said via email that the company is assessing the damage to both ships, but there is no impact that will prevent either ship from sailing.