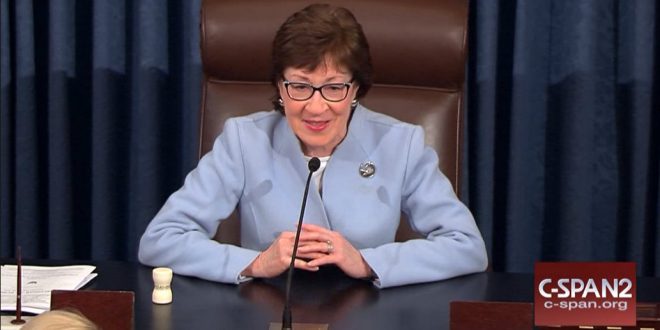 Sen. Susan Collins, a moderate Republican who faces a tough re-election battle next year, said in a radio interview on Monday that it was “inappropriate” for Majority Leader Mitch McConnell to say he was working in “total coordination” with the White House and she excoriated Democrats for prejudging the process.

“It is inappropriate, in my judgment, for senators on either side of the aisle to prejudge the evidence before they have heard what is presented to us because the each of us will take an oath, an oath that I take very seriously, to render impartial justice,” Collins told Maine Public Radio.