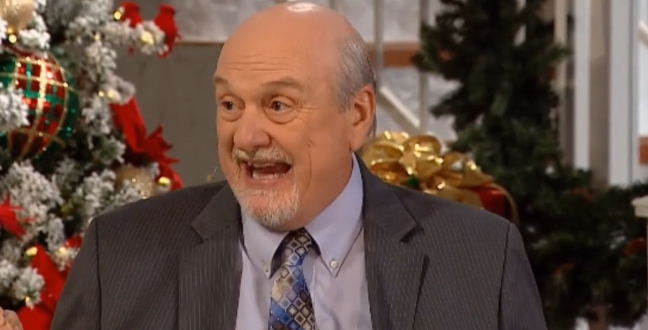 End Times author and SkyWatch TV CEO Tom Horn appeared on “The Jim Bakker Show” today, where he asserted that President Donald Trump authorized the creation of a “U.S. Space Force” because he knows that the asteroid prophesied in the Book of Revelation is headed toward Earth.

Horn claims that he discovered this information when he was shown a vision of what he thought was “a dual-horned, fiery dragon deep in space” that he described as “the most terrifying thing I’ve ever seen in my life.”

According to this nutbag, Trump has “prophecy-believers in his ear” and therefore created the Space Force specifically to stop this asteroid.

Horn last appeared on JMG when he revealed that Hillary Clinton was conceived as the literal Whore of Babylon in a secret 1946 Scientology ritual.