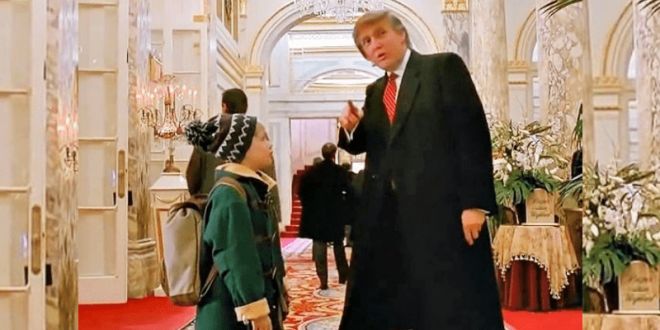 Fox & Friends took umbrage with the Canadian Broadcasting Corporation for editing President Donald Trump out of their airings of Home Alone 2: Lost In New York.

On Thursday, Fox & Friends talked to conservative pundit Mark Steyn about how the CBC took Trump’s scene out of their airings and explained that they did so to make time for commercials. Ed Henry didn’t buy that explanation, deeming it instead “Trump Derangement Syndrome” from the CBC.

“I think they’re actually terrified that people will remember that before [Trump] was the new Hitler, he was a beloved mainstream cultural figure,” Steyn said.

Trump: “Well, I’m in Home Alone 2 … I was little bit younger … It’s a big Christmas hit, one of the biggest. It’s an honor to be involved in something like that” pic.twitter.com/MqlNmRJ7QQ