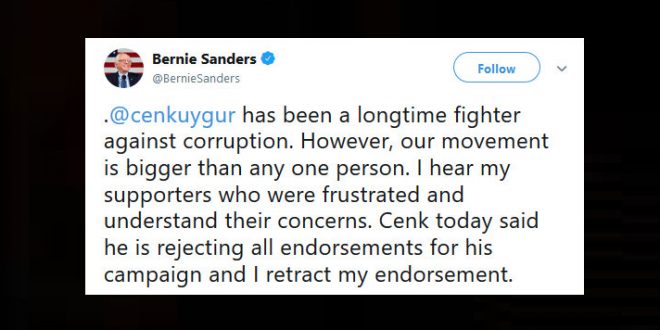 The Young Turks founder Cenk Uygur is running for Congress in California and yesterday he received an official endorsement from Bernie Sanders — an endorsement that has now been retracted.

Since Uygur announced his candidacy for the seat held by former Congresswoman Katie Hill, he’s faced criticism for comments he’s made about women, while Sanders has been criticized by some liberals for the endorsement.

.@cenkuygur has been a longtime fighter against corruption. However, our movement is bigger than any one person. I hear my supporters who were frustrated and understand their concerns. Cenk today said he is rejecting all endorsements for his campaign and I retract my endorsement.