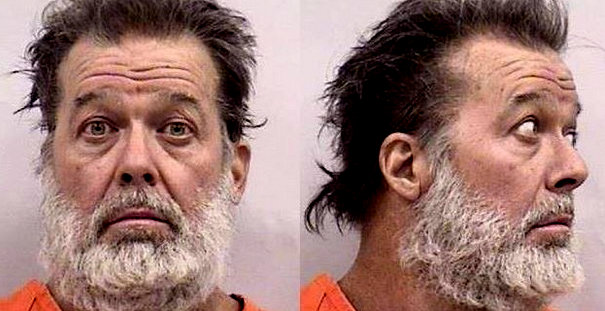 A federal grand jury has indicted Robert L. Dear, charging him with committing a mass shooting at a Planned Parenthood clinic in 2015 that resulted in three deaths, including a police officer.

The grand jury indicted Dear on 68 counts, including 65 counts of violating the Freedom of Access to Clinic Entrances Act and 3 counts of murder, according to a Department of Justice announcement released on Monday. The DOJ went on to explain that a decision had not yet been reached on whether they would pursue the death penalty for Dear.

“The department will follow the usual rigorous protocol to thoroughly consider all factual and legal issues relevant to that decision, which will necessarily involve consultation with the counsel for the defendant,” stated the DOJ.

Robert Lewis Dear, Jr., 61, appeared before a federal magistrate judge at 2 p.m. Monday in Denver after he was taken into custody Monday morning at the State Mental Hospital in Pueblo, where he has been held as his state mental competency hearings have been ongoing. But he waived his first appearance, which will now be held on Friday.

However, Dear did speak in court on Monday, telling the judge, “I am not crazy. I am just a religious zealot.”

He also told the court that “they are afraid of the truth about abortions and selling of baby body parts” while on a rant in which he said he had a right to represent himself. Dear will be held in federal custody and not returned to the mental health facility in Pueblo pending his Friday court appearance.

The state had already charged Dear with 179 counts, including murder and attempted murder, but the state’s case has moved slowly as Dear has repeatedly been deemed mentally incompetent to stand trial.

In 2017, a Colorado Court of Appeals judge ruled that Dear could be given anti-psychotic medicine against his will. In earlier court appearances, Dear asked to represent himself and stated his guilt, proclaiming himself a “warrior for babies.”

The U.S. Attorney’s Office for the District of Colorado decided to bring charges now, before a five-year statute of limitations on charges filed under the Freedom of Access to Clinic Entrances Act (FACE) could expire.