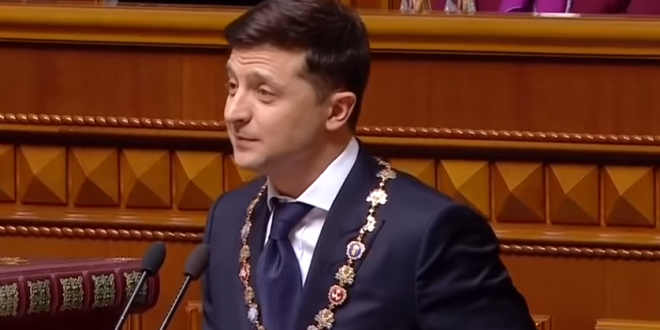 Zelensky: Ukraine Is Sick And Tired Of Impeachment

Ukrainian President Volodymyr Zelenskiy on Tuesday expressed annoyance that he’s been dragged into the ongoing impeachment inquiry into President Donald Trump. Following an event in Kyiv, the president responded to questions from a CNN reporter about whether he was prepared to publicly announce investigations into the Biden family.

“I think everybody in Ukraine is so tired about Burisma,” Zelenskiy responded in an exasperated tone. “We have our own country. We have our independence, we have our problems and questions. That’s it.” Zelenskiy did not respond to further prodding by the reporter, rolling his eyes as aides whisked him away.

Zelenskiy has publicly tried to appear above the political fray, though he was reportedly prepared to announce the investigations Trump asked for until the White House released the aid following bipartisan pressure and news of a whistleblower complaint.