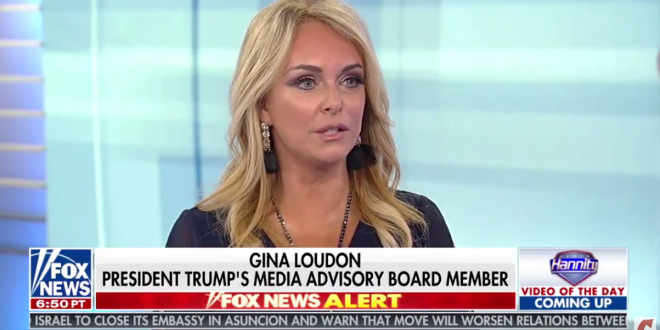 Women For Trump Co-Chair: Thanks To The President, Women Are Truly Equal For The First Time Ever [VIDEO]

Loudon first appeared on JMG in September 2018 for claiming that her new book “scientifically proves” that Trump is the most “sound-minded” president in history.

She returned to JMG a few days later when it was revealed that her book also falsely describes her as having a doctorate in psychology. “Dr.” Loudon then blocked me on Twitter when I asked if she any degrees at all.

Gina Loudon claims that, thanks to Trump, women “are truly equal for the first time ever.” pic.twitter.com/9HWj1xzvXi

Previous Giuliani: I’ve Got “Insurance” If Trump Turns On Me
Next 13 Million Watched First Day Of Impeachment Hearings