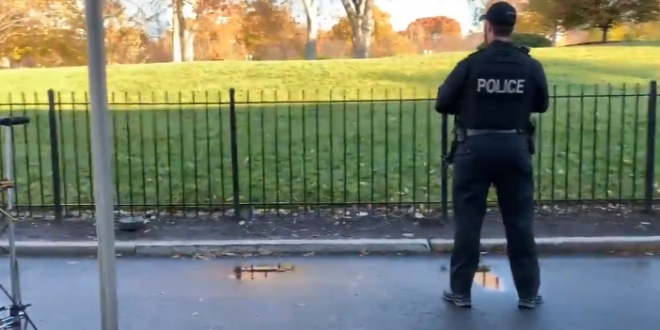 White House On Lockdown Due To Airspace Violation

The White House was put on lockdown just before 9:00 a.m. on November 26. One report says that an “emergency” caused the shelter-in-place. The news of the lockdown was reported by members of the White House press pool, many of whom said that they had been locked in the Briefing Room.

According to the president’s schedule, Trump was supposed to have the In-House Pool Call Time at 9:00 a.m. His next engagement is the signing of Executive Order establishing the task force on missing and murdered American Indians and Alaska Natives. The president is due to have lunch with Secretary of State Mike Pompeo at 12:45 p.m.

Much of the Capitol complex and surrounding streets are closed this morning due to an “air con” emergency. I’m told by @CapitolPolice that communication has been lost with an aircraft and that’s forced evacuations of some areas of Capitol as a precaution. pic.twitter.com/oYhXTwHJGB

White House totally on lockdown. All press being sheltered in place inside briefing room. Similar reported response at the a U.S. Capitol + congressional office buildings pic.twitter.com/9GlXpH1qLq

The White House is on lockdown after an aircraft entered restricted airspace, causing a “national event conference” to be convened — a group of senior nat sec officials across the agencies who coordinate & monitor. It’s not known to be hostile at this time, per @barbarastarrcnn