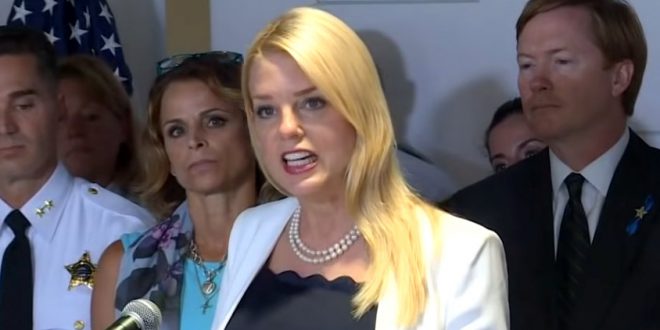 White House Advisor Pam Bondi: Trump Would Love To Testify But He Won’t “Because This Is A Sham Court”

President Donald Trump “should not” provide testimony to the House impeachment inquiry because Democrats are conducting unfair hearings, a White House aide said Wednesday. “No one would advise him to testify because this is a sham court,” said Pam Bondi, the former Florida attorney general brought in as a White House communications adviser.

On Monday, Trump tweeted that he would “strongly consider” testifying “even though I did nothing wrong, and don’t like giving credibility to this No Due Process Hoax.” Trump was responding to suggestions by House Speaker Nancy Pelosi and other Democrats that he come before the committee conducting the impeachment inquiry.

In her CBS interview, Bondi said she understands why Trump would want to testify – “he did nothing wrong” – but attorneys would advise against it. “The president should not testify,” she said.

.@GayleKing asks @PamBondi how likely it is that President Trump will testify in the impeachment inquiry. https://t.co/ZxdYu56AE9 pic.twitter.com/44z3cFcjG9