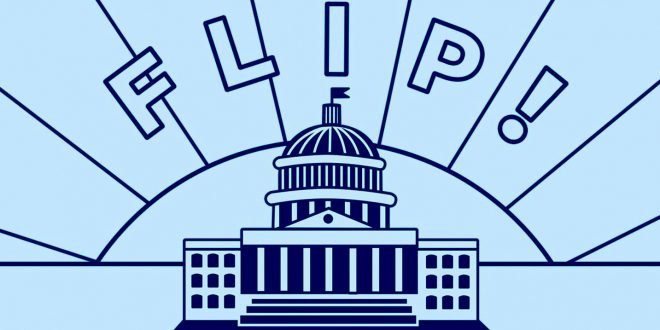 Virginia Democrats took control of the state legislature on Tuesday night for first time in more than two decades. Democrats won majorities in both the state House and Senate, the third election in a row that Virginia Democrats have made significant gains since President Donald Trump was elected.

The win will give Democrats control of the legislature and governorship for the first time in 26 years. Democrats have pledged to pass new gun restrictions and raise the minimum wage once in power. Of four states having legislative elections this year, Virginia is the only one where control of the statehouse is up for grabs.

Election officials reported unusually high turnout in races that served as an opening salvo in next year’s presidential showdown, a test of Democratic defiance and Republican resolve in the era of President Trump.

The state’s elections website crashed shortly after 7 p.m. in what authorities called an internal error, making it impossible to view early results. Democrats consolidated power in Richmond for the first time in a generation, completing the political evolution of a Southern state on Washington’s doorstep from red to blue.

BREAKING: Democrats just flipped the Virginia House AND Senate, ushering in the first Democratic trifecta in the state since 1993 and clearing the path for a Democratic policy agenda in the commonwealth! This is huge! pic.twitter.com/fn2JpQYIWA