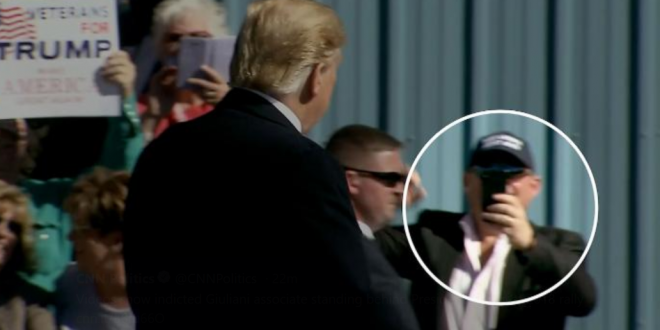 News footage from an October 20, 2018, midterm election rally in Nevada shows indicted Rudy Giuliani associate Lev Parnas standing behind President Donald Trump. Parnas and his business partner and fellow Giuliani associate, Igor Fruman, are alleged by prosecutors to have illegally funded donations from foreign nations to Republican political campaigns in attempts to buy influence. They are also alleged to have aided Giuliani in efforts to dig up political dirt on Joe Biden.

The video of the rally is the latest example of how the pair who had little record of donations to candidates before 2018, wielded their proximity to Giuliani and used political donations to gain access to the president and political campaigns. Photos and videos throughout 2018 and 2019 show the pair traveling with the former New York City mayor throughout the world and to political events across the country.