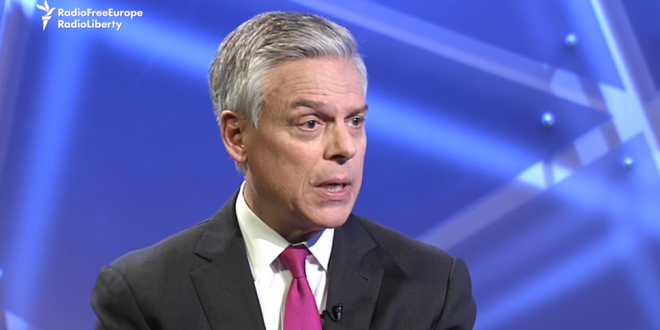 Former Utah Gov. Jon Huntsman announced Thursday morning that he is running for his old job once again. Huntsman left the governorship in the middle of his second term in 2009 to serve as ambassador to China in the Obama administration.

He recently finished a two-year stint as ambassador to Russia under President Trump, which ended when he decided to return to Utah last month. (Huntsman had announced his resignation in August.)

“We’ve served our country in the top two diplomatic posts in the world,” Huntsman said in a campaign video featuring him and his wife Mary Kaye Huntsman. “Now we feel it is time to give back to our home state. Again.”

I’m officially announcing my run for Utah Governor in 2020https://t.co/QrxX4KCy2G#HuntsmanGov2020