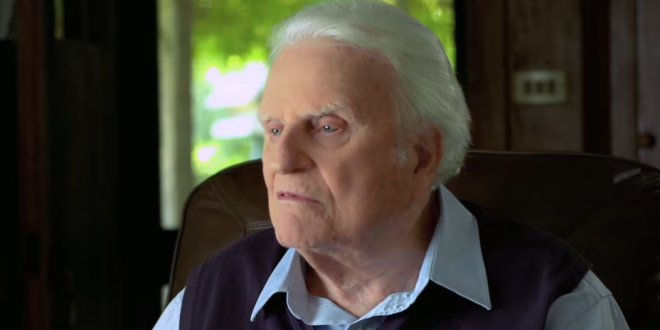 US Capitol To Get Statue Of Evangelist Billy Graham

Evangelist Billy Graham will be honored with a statue in Washington, D.C., for his decades of evangelism. The Billy Graham Evangelistic Association announced the honor on Thursday, which also marked Graham’s 101st birthday. Graham died in 2018 at the age of 99.

Graham was a native of North Carolina, and the state’s legislature named him North Carolina’s Favorite Son in 2015. Early in 2019, the North Carolina Statuary Hall Committee began moving to place a statue of Graham in the U.S. Capitol’s hall. Graham preached in person to about 215 million people, more than anyone in history.

Each state is allowed two statues in Statuary Hall, and Graham’s will replace a statue of Charles Brantley Aycock, North Carolina’s 50th governor, who was in the office from 1901 to 1905.