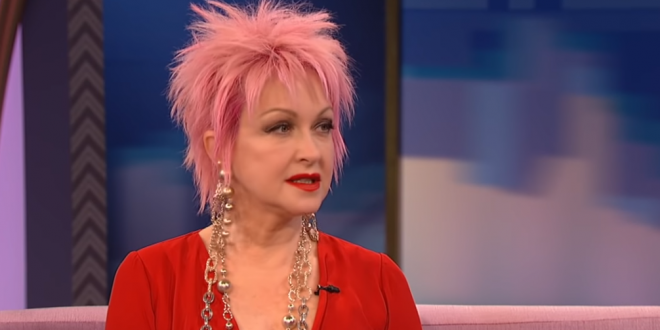 The United Nations will award Cyndi Lauper with the first High Note Global Prize award for her promotion of human rights and impacting work to prevent and end homelessness for LGBTQ youth, the organization announced today. On U.N. Human Rights Day — which is December 10 — the High Note Global Prize will be presented to Lauper by singer Kesha and the U.N. Human Rights organization at Lauper’s “Home for the Holidays” benefit concert in Los Angeles.

Lauper is being recognized for her lifelong advocacy for equal rights for  LGBTQ people, as well as the significant achievements made by True Colors United, a nonprofit organization she co-founded in 2008 to prevent and end youth homelessness among LGBTQ youth. In May 2015, her testimony to the U.S. Senate played a leading role in securing approximately $250 million in new annual federal funding over the past four years.

Cyndi Lauper will receive The High Note Global Prize, an award presented to musicians who use their art to promote social justice. https://t.co/HyhIrZ2fKa

Cyndi Lauper will be honored with the first High Note Global Prize for her work in LGBTQ advocacy https://t.co/wJkhWoSPR4 pic.twitter.com/M0MBX4FVQZ