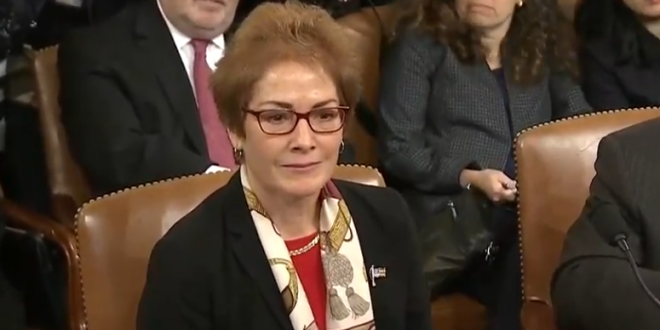 The phrase “I hired Donald Trump to fire people like Yovanovitch” trended on Twitter Friday morning as former US ambassador to Ukraine Marie Yovanovitch testified in front of the impeachment inquiry held by the House Intelligence Committee.

And while it may have seemed like a spontaneous outcry from supporters of the president, the phrase has spread at a rate consistent with the coordinated inauthentic behavior expected from a network of bots or sock puppet accounts.

The way the phrase has spread does not appear to be completely authentic. At least 7,320 tweets (including retweets) were posted that included the words posted in the first 45 minutes, according to an analysis conducted by BuzzFeed News.

Previous Trump: Everybody Knows Who The Whistleblower Is
Next Dems Accuse Trump Of Witness Intimidation In Real Time, Republicans Flee Questions About The Tweets