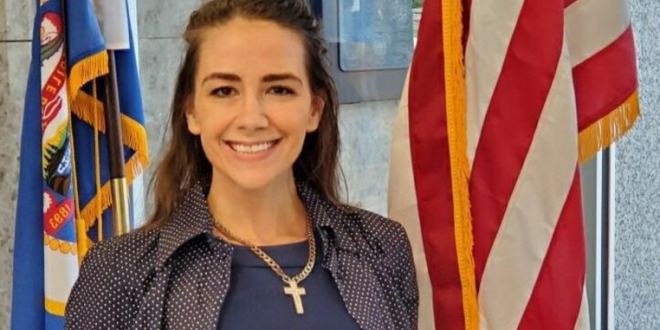 Danielle Stella, a Republican seeking to unseat Rep. Ilhan Omar, Minnesota Democrat, was suspended from Twitter after her account posted Tuesday about lynching the congresswoman. Ms. Stella’s campaign account on Twitter was punted from the platform after posting at least twice about hanging Ms. Omar.

“My suspension for advocating for the enforcement of federal code proves Twitter will always side with and fight to protect terrorists, traitors, pedophiles and rapists,” Ms. Stella told The Times when reached for comment.

Early this year, Stella was charged with a felony for allegedly stealing $2300 in merchandise from a Minneapolis Target store. Several months later she was arrested again for allegedly shoplifting cat food and tick spray from a pet store. She also has a conviction for DUI and fleeing police.

Stella is a devotee of the QAnon cult, which claims that prominent Democrats and Hollywood celebrities are kidnapping children for cannibalistic sex and torture rituals.