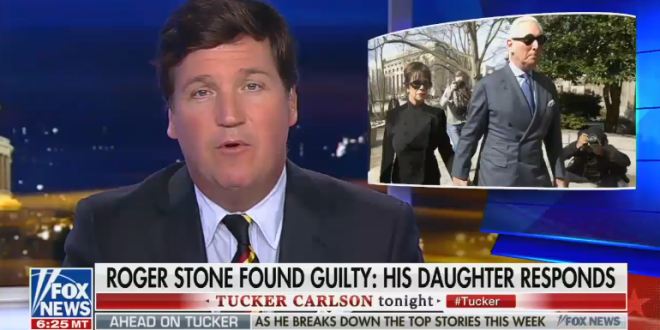 “So the president pardoned two people today, I believe. The president also, of course, signed a law not that long ago that, in effect, pardoned a lot of crack dealers and also some rapists, they’re out of prison.

“And yet, we’re hearing that certain people around the president, possibly his son-in-law, maybe not, are telling him no you can’t pardon Roger Stone. Even though the president has come out and said publicly, ‘I think that this was a travesty.’

“This is a travesty. I honestly do think that after watching a series of people, some of whom are not deserving at all, get pardons from this White House, in effect or literally, you know I think people are going to be watching really carefully.” – Tucker Carlson, on last night’s show.