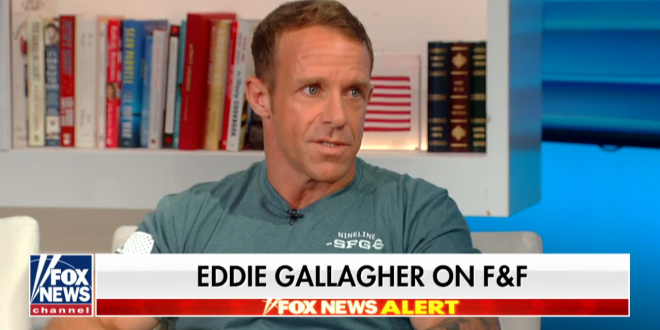 Trump Wants To Campaign With His War Criminals

If Donald Trump gets his wish, he’ll soon take the three convicted or accused war criminals he spared from consequence on the road as special guests in his re-election campaign, according to two sources who have heard Trump discuss their potential roles for the 2020 effort. Despite military and international backlash to Trump’s Nov. 15 clemency—fallout from which cost Navy Secretary Richard Spencer his job on Sunday—Trump believes he has rectified major injustices.

Two people tell The Daily Beast they’ve heard Trump talk about how he’d like to have the now-cleared Clint Lorance, Matthew Golsteyn, or Edward Gallagher show up at his 2020 rallies, or even have a moment on stage at his renomination convention in Charlotte next year. Right-wing media have portrayed all three as martyrs brought down by “political correctness” within the military.

I will always protect our great warfighters. I’ve got your backs!

Previous CHATTER AWAY: Overnight Open Thread
Next GOP Senator Reverses On Ukraine: “I Was Wrong”