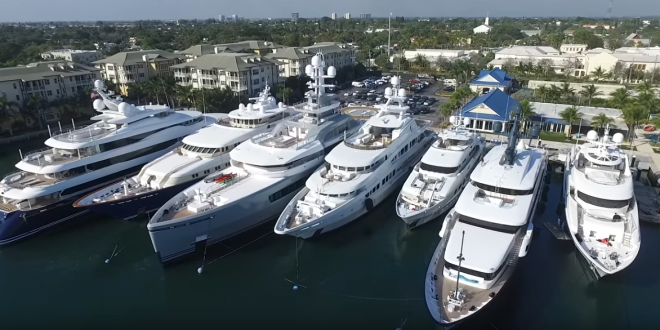 The Rybovich superyacht marina lies on the West Palm Beach, Florida, waterfront, a short drive north from Mar-a-Lago. Superyachts, floating mansions that can stretch more than 300 feet and cost over $100 million, are serviced at the marina, and their owners enjoy Rybovich’s luxury resort amenities. Its Instagram account offers a glimpse into the rarefied world of the global 0.1% — as one post puts it, “What’s better than owning a yacht, owning a yacht with a helicopter of course!”

Rybovich owner Wayne Huizenga Jr., son of the Waste Management and Blockbuster video billionaire Wayne Huizenga Sr., has long planned to build luxury apartment towers on the site, part of a development dubbed Marina Village. Those planned towers, and the superyacht marina itself, are now in an area designated as an opportunity zone under President Donald Trump’s 2017 tax code overhaul, qualifying them for a tax break program that is supposed to help the poor.

Then-Florida Gov. Rick Scott bestowed the tax break on the marina after a direct appeal from Huizenga Jr., according to a 2018 letter Huizenga Jr. wrote that was obtained by ProPublica. Huizenga and his family have been major donors to Scott.

ProPublica has been doing fantastic work. Hit the link for much more on this.

Previous Kellyanne Conway Rages At Wolf Blitzer For Daring To Bring Up Her Husband: You Just Embarrassed Yourself
Next SURVEY: 40% Of Evangelicals Say They Are Pro-Choice