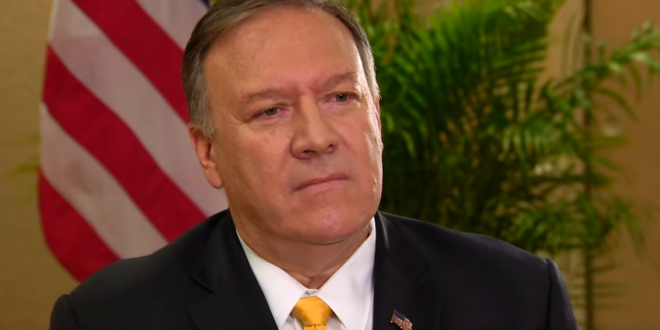 President Donald Trump said Friday that Secretary of State Mike Pompeo might leave the State Department to run for a Senate seat in Kansas. In an interview on “Fox & Friends,” Trump said Pompeo – a former House member – might resume his political career if he feels a Republican cannot win a Kansas Senate seat that is open in 2020.

“If he thought there was a chance of losing that seat, he would do it,” Trump said. Pompeo would “win easily in Kansas,” Trump said of Pompeo. It might be an awkward time for Pompeo to launch an election campaign.

Just this week, Gordon Sondland, Trump’s ambassador to the European Union, testified that Pompeo was “in the loop” on the campaign to pressure Ukrainian officials to investigate Joe Biden and his son, as well as a debunked theory that Ukraine, not Russia, interfered in the 2016 president election.

Pompeo has repeatedly denied such plans, prompting his hometown paper to editorialize, “Stop coming here if you’re not planning on running.”