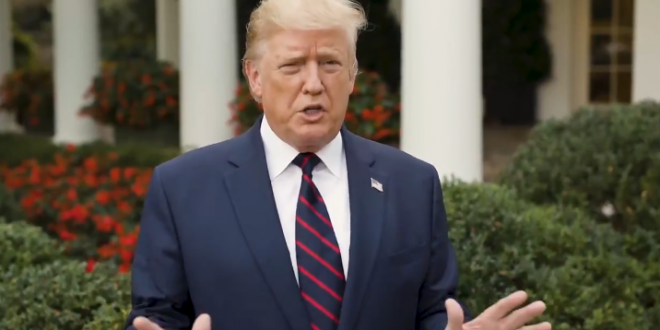 Trump Rages: Dems Want To Take Away Your Guns, Your Vote, Your Healthcare, Your Freedom, Everything!

President Donald Trump has been busy offering counter-programming on Wednesday during the first public impeachment hearings. He’s tweeted 13 times since the start of testimonies, and also dropped this wild video attacking Democrats.

“They’re trying to stop me, because I’m fighting for you. And I’ll never let that happen.” — President @realDonaldTrump pic.twitter.com/ch0N1SWShe