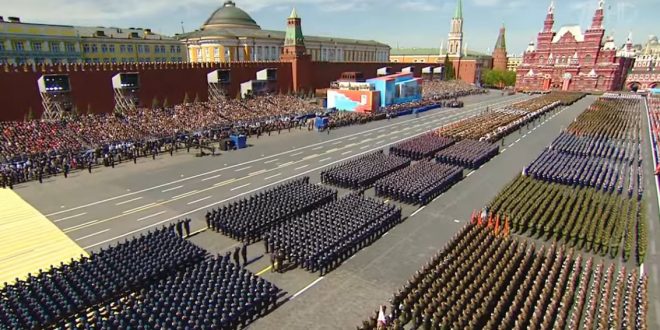 President Trump said Friday he is considering visiting Russia next year to attend its May Day Parade. “I was invited. I am thinking about it. It is right in the middle of our campaign season,” Trump told reporters at the White House.

Trump said he would like to attend the parade, which Russian President Vladimir Putin invited him to earlier this year, but indicated he may not because it is in the middle of the 2020 presidential campaign season.

“It’s a very big deal, celebrating the end of the war,” Trump told reporters. “I appreciate the invitation, it’s right in the middle of the political season.”

Previous Trump Says US Will Raise Vaping Age To 21 [VIDEO]
Next Trump: “Little Michael” Bloomberg Just Is A Nothing