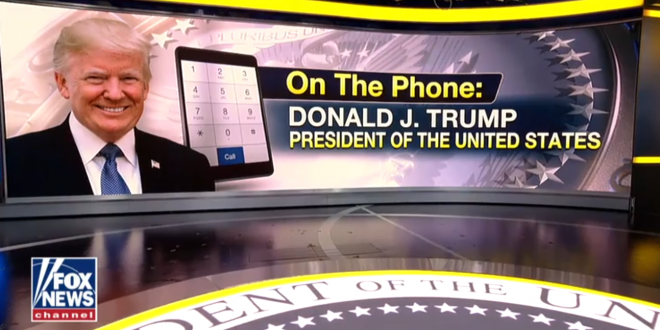 Trump ranted dishonestly for much of his 53-minute Friday interview with his favorite morning show, repeatedly refusing to let the show’s co-hosts get in a word in edgewise. When they did manage to make a semi-critical point, Trump brushed them off.

When co-host Steve Doocy asked Trump if he was sure about his claim that the Democratic National Committee had given an important computer server that was hacked in 2016 to Ukraine (they had not), Trump said, providing no evidence and citing no sources, “That’s what the word is.” When co-host Brian Kilmeade corrected Trump’s claim that European countries haven’t provided aid to Ukraine, Trump didn’t respond. (Kilmeade had quickly moved on to the next question.)

When Kilmeade corrected Trump’s claim that he has “pulled out” of Syria, noting that Trump is keeping hundreds of soldiers in the country, Trump again said nothing. (Kilmeade quickly moved on again.) Trump made at least 18 false claims in the interview — and that’s our initial count. We’re still looking into some other claims.

No, CrowdStrike isn’t Ukrainian. No, that Texas plant didn’t just open. No, Zelensky wasn’t the one who brought up Yovanovitch. No, Trump hasn’t pulled out of Syria. No, Obama didn’t send Ukraine mere pillows. No, Trump didn’t get Veterans Choice. https://t.co/WMTZP4t3mX

"She wouldn't hang my picture in the embassy … it took like a year & a half or 2 years for her to get the picture up … this was not an angel, ok?" — Trump says one of his big beefs with Ambassador Yovanovitch was that she wasn't eager to hang up his portrait pic.twitter.com/KJKjd2WKpX