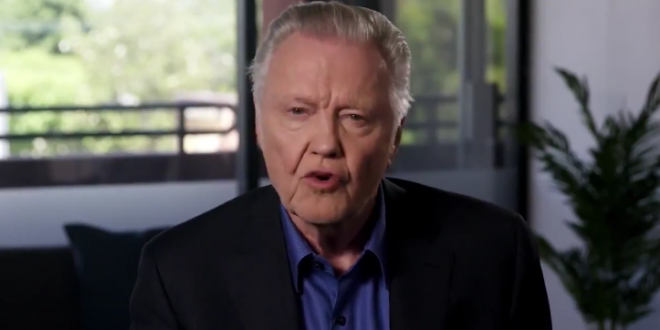 Trump Cultist Jon Voight To Get National Medal Of Arts

The White House announced on Sunday that President Trump will award actor Jon Voight the National Medal of Arts later this week.

Voight, one of Trump’s most vocal Hollywood supporters, will be honored at a White House ceremony on Thursday for his “exceptional capacity as an actor to portray deeply complex characters,” the White House said in a statement.

“Captivating audiences, he has given us insights into the richness of the human mind and heart,” the statement said. Voight, who won the Academy Award for best actor in 1978 for his role in “Coming Home,” has called Trump the “greatest president since Abraham Lincoln.”

President Trump to present Jon Voight with a National Medal of the Arts https://t.co/HTIDa23oEa pic.twitter.com/B29WwDipCu