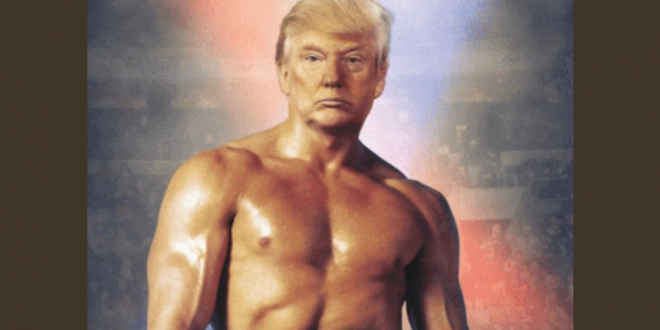 Trump Campaign: No Evidence This Photo Is Doctored

The Trump campaign trolled The Washington Post for reporting that a picture President Donald Trump shared of his head pasted onto the body of fictional boxing champion Rocky Balboa had been doctored.

“Trump tweets doctored photo of his head on Sylvester Stallone’s body, unclear why,” the Post tweeted on Wednesday, after Donald Trump shared the Rocky image without explanation with his 67.1 million followers.

But the Trump campaign seemingly took issue with the Post’s characterization of the image as fabricated, with the campaign’s official account — Team Trump — posting “Washington Post claims – without evidence – that @realDonaldTrump shared a “doctored” photo.”

Previous Johnson Warns Trump: Stay Out Of Britain’s Election
Next One-Third Of Online Product Reviews Are Paid Or Fake