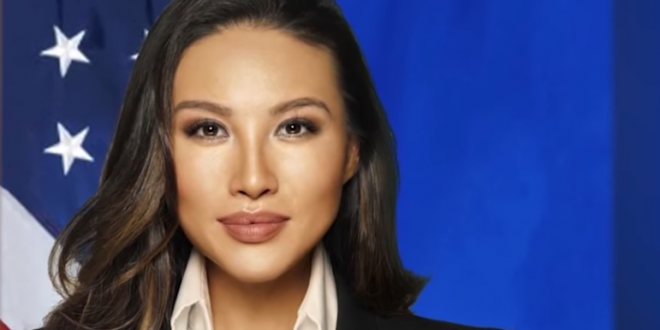 Mina Chang, a high-ranking State Department staffer who vaulted into the public spotlight after NBC reported she had inflated her resume, has resigned from her position. NBC reported last week that Chang had misleadingly claimed in her official bio that she was an “alumna” of Harvard Business School when in fact she only attended a seven-week course there. It also reported that Chang had even created a fake Time magazine cover featuring her own image.

“A character assassination based solely on innuendo was launched against me attacking my credentials and character,” she said. “My superiors at the Department refused to defend me, stand up for the truth or allow me to answer the false charges against me.” Chang’s rebuttal also says the Time cover originated when a friend of hers commissioned an artist, Pierre-Yves Daygot, to create “a piece with her on a Time Magazine cover.” The friend acted without telling Chang, the document says.