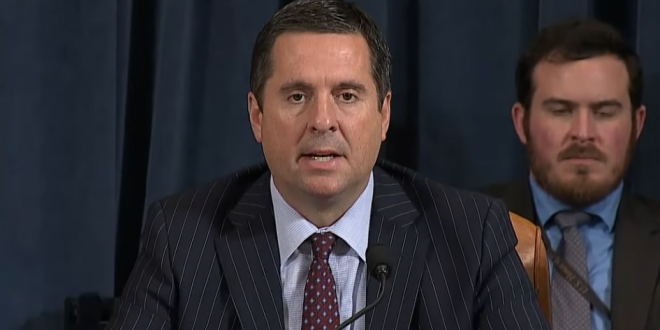 The top Democrat on the House armed services committee said Saturday that Republican Rep. Devin Nunes is likely to face an ethics investigation over allegations he met with an ex-Ukrainian prosecutor at the center of the impeachment inquiry into President Donald Trump.

Previous Navy Sec Threatens To Quit Over Trump’s Meddling
Next Giuliani: I Have “Insurance” To Keep Trump Loyal And My RICO Files Will Be Released If I Should “Disappear”