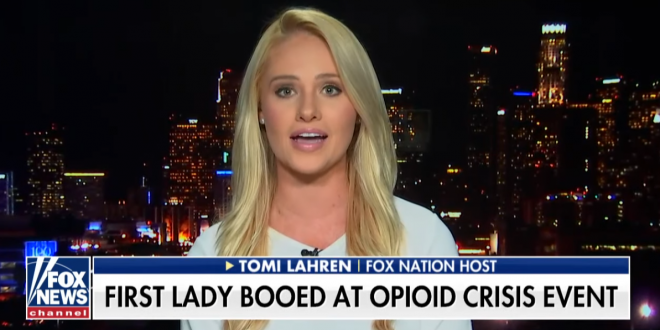 Tomi Lahren Rages About Melania Getting Booed: This Would Never Happen If She Were Married To A Dem

“This is an epidemic in this country. Not just of people not liking anyone with the last name of Trump, but just with young people being completely disrespectful.

“But because it’s Melania Trump, people feel as though they get a pass. It’s absolutely wrong, it’s despicable.

“Young people need to learn a lesson in this country, you just respect people.” – Tomi Lahren, one of the most vicious, name-calling cultists in Trump World, on Fox News.