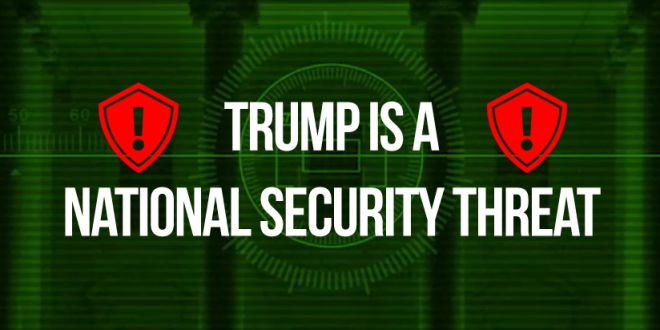 One of the largest progressive veterans groups in the country is launching a new campaign against President Trump on Monday that seeks to raise pressure on several Republican senators up for reelection next year.

Veterans know Donald Trump is a national security threat. VoteVets is working to hold him and his enablers accountable with a new multi-state campaign launching today. Visit our new site: https://t.co/2yIfnwtiKw #VeteransDay https://t.co/weq4wmSkBM

Hey Denver, Charlotte, Phoenix, and Louisville: check the skies this morning from 10-12a local for a flying message from the #VoteVetsAirForce — VETS: TRUMP IS A NATIONAL SECURITY THREAT🛩️🇺🇸🛩️ https://t.co/2yIfnwtiKw #VeteransDay