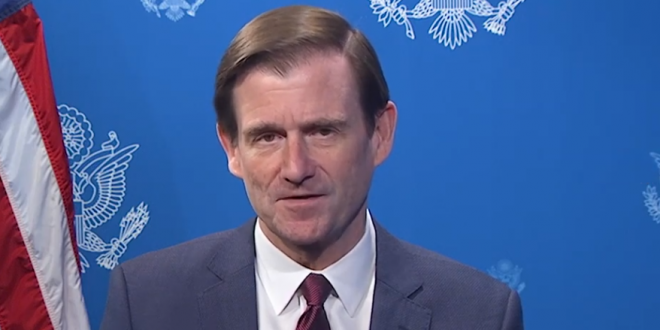 The State Department’s third-ranking official is expected to tell Congress that political considerations were behind the agency’s refusal to deliver a robust defense of the former U.S. ambassador to Ukraine.

People familiar with the matter say the highest-ranking career diplomat in the foreign service, David Hale, plans to tell congressional impeachment investigators on Wednesday that Secretary of State Mike Pompeo and other senior officials determined that defending Ambassador Marie Yovanovitch would hurt the effort to free up U.S. military assistance to Ukraine.

Hale will also say that the State Department worried about the reaction from Trump’s personal attorney Rudy Giuliani, also one of the strongest advocates for removing the ambassador.