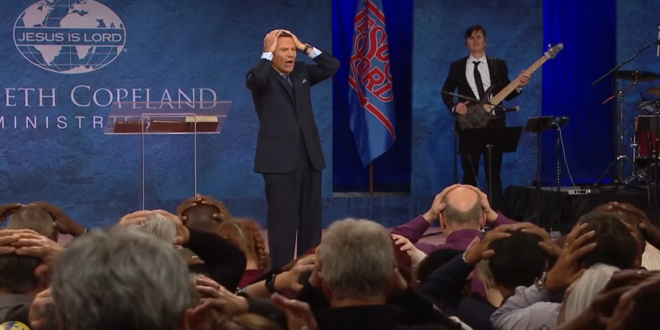 Who needs doctors, anyway, when you can just touch different parts of your body and heal everything yourself? That’s what televangelist Kenneth Copeland did during a sermon on Monday.

Speaking at his “Washington D.C. Victory Campaign 2019,” he led the crowd in seven minutes of what appears to be a Christian version of “Simon Says,” asking God to heal all body parts, one at a time, by saying “I call my body well.” (It starts around the 1:15:18 mark.) Seven minutes.

At one point, he wants God to heal everyone’s livers until he realizes he doesn’t know where the liver is in his body. I remind you: These are adult humans. They seriously think touching their brain and asking God to protect it will immunize them from dementia.