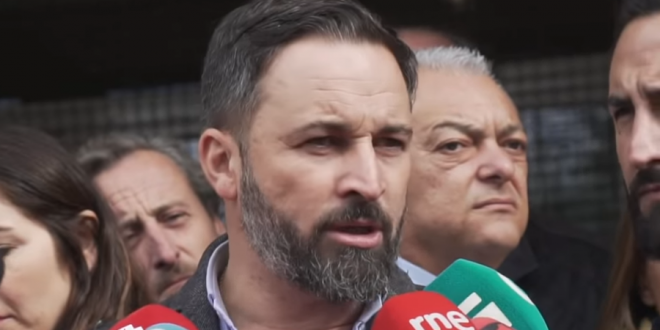 With its hard line against Catalan separatism, immigration and feminism, far-right party Vox was the big winner of Spain’s repeat general election on Sunday, surging into third place. The party won 52 seats — more than doubling the 24 it took during its April parliamentary debut in the most significant showing by a far-right faction since Spain’s return to democracy following dictator Francisco Franco’s death in 1975.

Vox, meaning “voice” in Latin, was launched in 2014 by Santiago Abascal [photo] and several other disgruntled members of the hardline fringe of the right-wing conservative Popular Party (PP). At the time, Abascal blasted then PP premier Mariano Rajoy for not repealing measures passed by a previous Socialist government such as same-sex marriage legislation or the law of historical memory seeking to recognize those who suffered under Franco’s dictatorship.