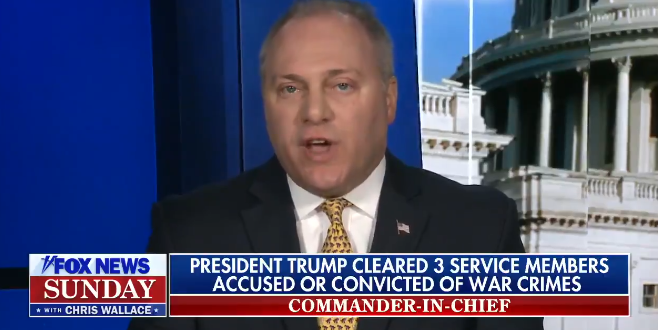 House Minority Whip Steve Scalise on Sunday voiced his support for President Donald Trump’s pardons of two Army officers who were accused of war crimes, arguing the move boosts morale in the military.

“I’ve heard, from our men and women in uniform for years that they felt that they were sidelined because they needed a team of attorneys before they could return fire in the battlefield,” the Louisiana Republican said on “Fox News Sunday.” “I think our troops’ morale is much higher — troops that I’ve heard from — because this has been a concern.”