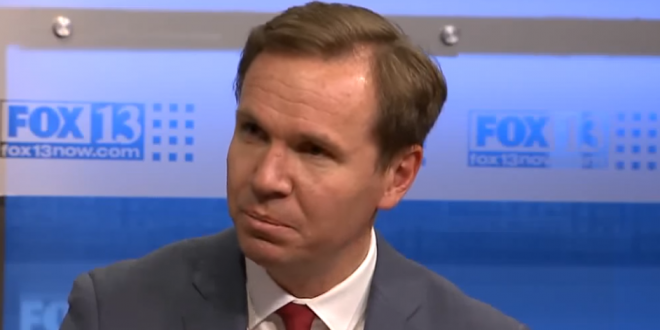 A groundbreaking move for a major newspaper:

The Salt Lake Tribune is now a nonprofit, an unprecedented transformation for a legacy U.S. daily that is intended to bolster its financial prospects during a troubling time for journalism nationwide. The IRS approved the shift in a letter dated Oct. 29, deeming The Tribune a 501(c)(3) public charity. That means supporters can start making tax deductible donations now.

The move from a for-profit model was spurred by Tribune owner Paul Huntsman [photo], who, in agreeing to turn Utah’s largest paper into a nonprofit, is giving up his sole ownership.

“The current business model for local newspapers is broken and beyond repair,” said Huntsman, who also serves as The Tribune’s publisher. “We needed to find a way to sustain this vital community institution well beyond my ownership, and nonprofit status will help us do that. This is truly excellent news for all Utah residents and for local news organizations across the country.”

Huntsman is the brother of former Utah governor and 2012 presidential candidate Jon Huntsman, who served as Trump’s ambassador to Russia until last month.