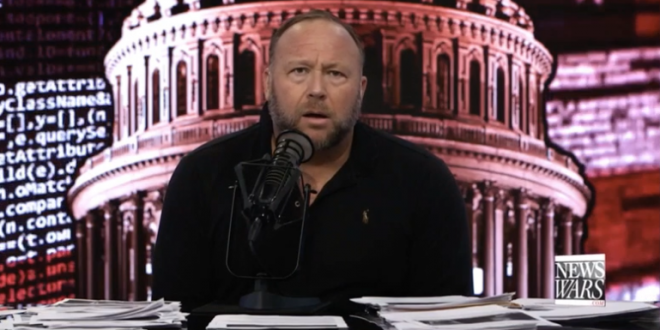 As the jury deliberated on November 14, Jones purported to share a message from Roger Stone himself during the broadcast of Infowars’ The Alex Jones Show. Jones said, “Roger Stone’s message is this: He expects to be convicted. He said only a miracle can save him now.

“He said to me, ‘Alex, barring a miracle, I appeal to God and I appeal to your listeners for prayer, and I appeal to the president to pardon me because to do so would be an action that would show these corrupt courts that they’re not going to get away with persecuting people for their free speech or for the crime of getting the president elected.’”

Jones went on to promote articles on his Infowars websites that ask people to call the White House and ask for Stone to be pardoned. He then asked, “So will the president listen to his cowardly advisers and not pardon Stone because he believes if he does that that somehow validates the Russia connection?”