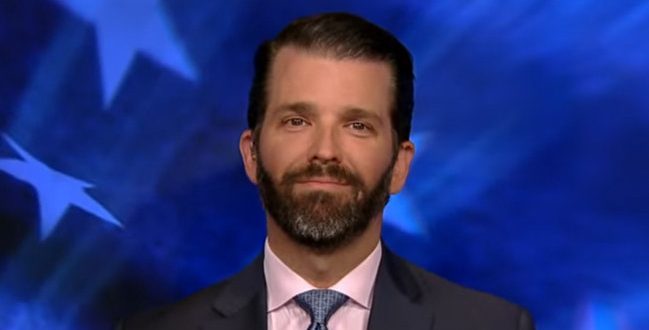 RNC Paid $100K To Get Junior’s Book On Bestseller List

According to the filing, the RNC made a $94,800 payment to bookseller Books-a-Million on October 29th this year, which was just days before Trump Jr.’s “Triggered” was released on November 5th.

An RNC spokesman confirmed to Confessore that “the expenditure was connected to their promotion of Don Trump Jr.’s book.”

New FEC disclosures show a single large RNC payment of $94,800 to Books-a-Million in October, a few days before “Triggered” was released. An RNC spokesman confirmed that the expenditure was connected to their promotion of Don Trump Jr.’s book. pic.twitter.com/vsmmsgrYCp

An RNC spokesman previously told us “We haven’t made a large bulk purchase, but are ordering copies to keep up with demand.”
I asked today how that squares with buying almost a hundred grand worth of books on a single day.
Answer: “We stand by our statement.”

A win-win for the Trumps and the RNC. Party raised about $500,000 off of the promotion, owing to donor interest in “Triggered.” Guesstimating off the Books-a-Million discount price, Don Jr. could have sold around 4,000 books. Doesn’t take too much more to hit the list.

Junior, born on home plate, “writes” a book. Daddy’s political connections and money buy him a spot on the bestseller list. Now he’s a “bestselling author.” Why aren’t you? Well maybe you should work harder, like rich people do.