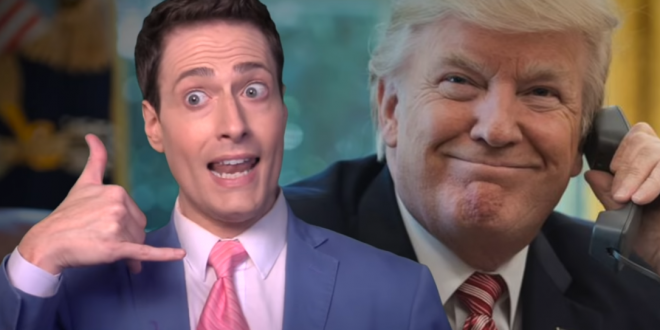 YouTube star Randy Rainbow is back today with He’s Just A Gurl Who’ll Quid Pro Quo, which perhaps obviously is based on Rodgers and Hammerstein’s I Cain’t Say No from their 1943 classic, Oklahoma! In the 1955 film version, the number was sung by Gloria Grahame to the future Mrs. Shirley Partridge, Oscar-winner Shirley Jones.

Previous Trump Claims He Saved Everyone’s Lives In Hong Kong: China Would Have “Obliterated Them In 14 Minutes”
Next Trump Parrots Debunked Ukraine Conspiracy To Fox