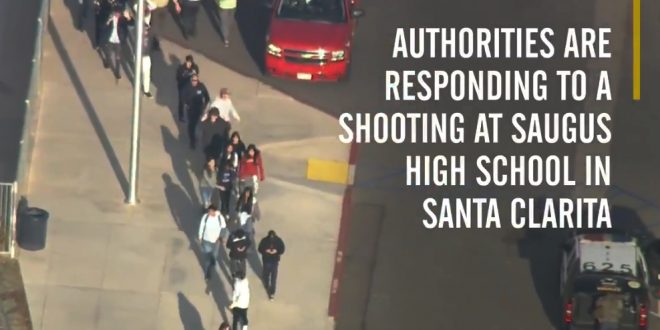 Multiple people were injured, at least two of them critically, in a shooting at a Southern California high school on Thursday morning, officials said.

About an hour and a half after the shooting was reported at about 8 a.m. at Saugus High School in Santa Clarita, sources said the suspect was dead from a self-inflicted gunshot wound. The Los Angeles County sheriff’s department earlier said the suspect was an Asian male wearing black clothing who was last seen at the high school.

Henry Mayo Newhall Hospital tweeted that it has received two patients in critical condition and that other patients were en route to the hospital.

Update regarding the shooting at #SaugusHigh, suspect is in custody and being treated at a local hospital.