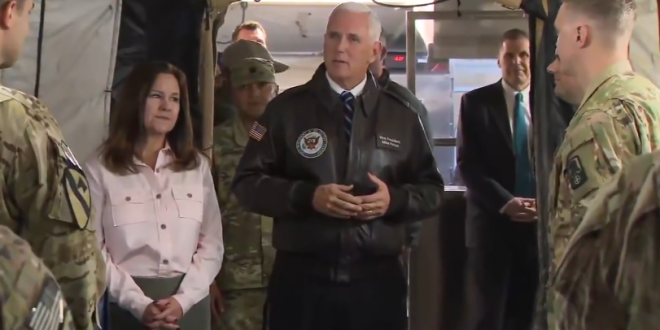 Pence’s trip, which included a visit with Nechirvan Barzani, the president of the Kurdistan region in Iraq, and a phone call with Iraqi Prime Minister Adel Abdul Mahdi, also served to bolster U.S. troops ahead of next Thursday’s Thanksgiving holiday in the United States.

“At every Thanksgiving table, the American people are going to be thankful for every one of the men & women who serve in the armed forces of the United States” pic.twitter.com/ucYO4g0M8J