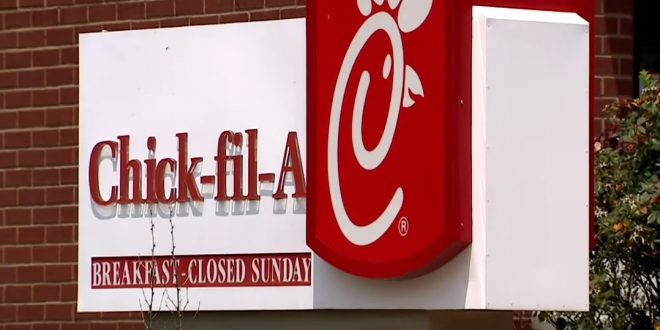 One Million Moms Vs Chick-Fil-A: Sign Our Petition Asking If They Still Hold To Anti-LGBT “Biblical Values”

Chick-fil-A was founded on Christian principles, as shared publicly by its founder, Truett Cathy, before his death in 2014.

As you probably know, Chick-fil-A has been hounded by LGBTQ activists since 2012 when then CEO Dan Cathy, son of Truett Cathy, made a public statement in support of the biblical definition of marriage as being between a man and a woman. Since that time, these LGBTQ stormtroopers and their cohorts in the media have been after Chick-fil-A.

For the last couple of years, they have been pounding Chick-fil-A over the company’s donations to The Salvation Army, Fellowship of Christian Athletes, and Paul Anderson Youth Home in Georgia. Because these ministries believe what the Bible teaches about human sexuality and marriage, these ministries have been labeled “hate” groups. Therefore, according to LGBTQ groups, Chick-fil-A donates to hate groups.

Now Chick-fil-A has announced it will no longer make donations to these groups. The company says its contracts with the ministries have simply expired, and they’re moving on. Frankly, I don’t buy it. For all practical purposes, it looks like they have caved to the LGBTQ activists and their illegitimate complaints. I hope I’m wrong.

Sign our petition to Chick-fil-A urging the company to return to its founding principles of standing beside and supporting those ministries that hold firm to God’s view of marriage as between one man and one woman. 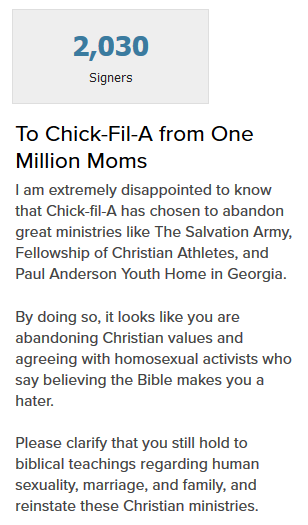