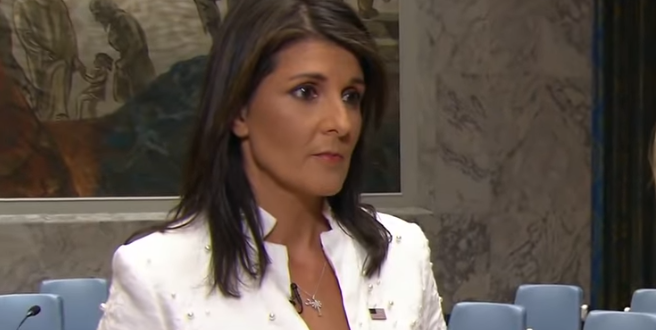 Nikki Haley: Trump Was Always Truthful With Me

Former U.N. Ambassador Nikki Haley defended President Trump on Tuesday, saying that she believed the president was “truthful” in all of his dealings with her.

In an interview with Savannah Guthrie on NBC’s “TODAY” show, Haley defended Trump as “great to work with” and reiterated that she did not share the concerns of other former officials, such as John Kelly, regarding Trump’s aptitude for the job.

“[I]n every instance that I dealt with him, he was truthful, he listened and he was great to work with,” Haley said, adding: “Savannah, I talked to him multiple times and when I had issues, he always heard me out. I never had any concerns on whether he could handle the job, ever.”

“In every instance I dealt with him, he was truthful” — Nikki Haley suggests Trump never lies pic.twitter.com/XtkYwjnkNm