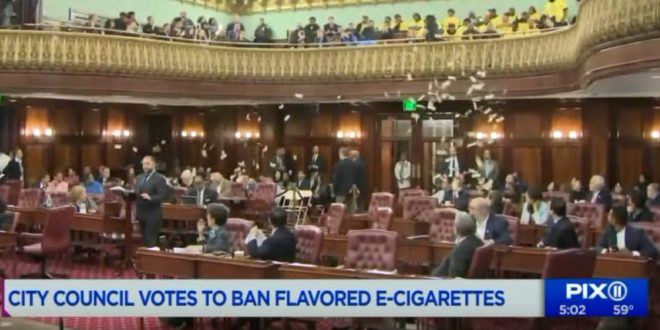 “New York cannot and will not wait,” said Council Speaker Corey Johnson, himself a former smoker who quit with the help of e-cigarettes.

Spearheaded by Councilman Mark Levine and co-sponsored by 31 fellow councilmembers, the bill comes after mysterious illnesses have hospitalized vapers and sickened nearly 2,300, leading to 47 deaths, according to the figures from the Centers for Disease Control and Prevention.

Last month Trump publicly floated a nationwide ban on flavored vapes. His plan was abandoned after advisors told him it could cost him a winning margin in several swing states. Watch the opening of the clip.