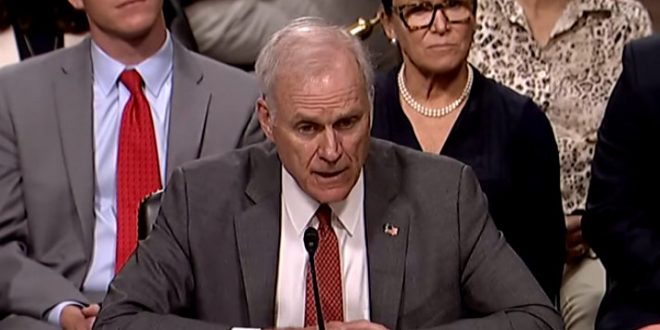 The secretary of the Navy and the admiral who leads the SEALs have threatened to resign or be fired if plans to expel a commando from the elite unit in a war crimes case are halted by President Trump, administration officials said Saturday.

The Navy is proceeding with the disciplinary plans against the commando, Chief Petty Officer Edward Gallagher, who counts Mr. Trump as one of his most vocal supporters. After reversing a demotion in recent days, the president suggested on Thursday that he would intervene again in the case, saying that the sailor should remain in the unit.

The threats by the Navy secretary, Richard V. Spencer, and the commander, Rear Adm. Collin Green, are a rare instance of pushback against Mr. Trump from members of the Defense Department.

The Navy will NOT be taking away Warfighter and Navy Seal Eddie Gallagher’s Trident Pin. This case was handled very badly from the beginning. Get back to business!