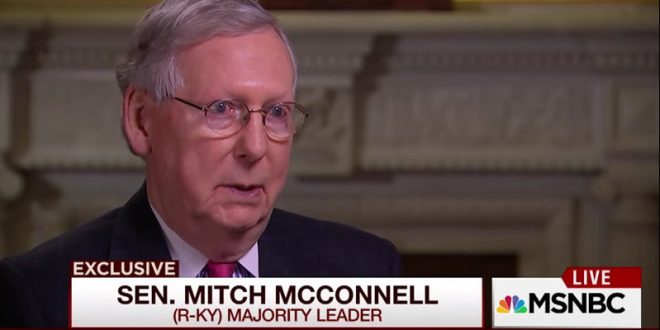 McConnell: The Senate Will Definitely Have A Trial

Senate Majority Leader Mitch McConnell (R-Ky.) brushed aside a question on Wednesday about trying to quickly dismiss the articles of impeachment against President Trump, noting the chamber would have to have a trial.

“I don’t think there’s any question that we have to take up the matter. The rules of impeachment are very clear, we’ll have to have a trial. My own view is that we should give people the opportunity to put the case on,” McConnell told reporters.

He added about the potential time frame for an impeachment trial, “on the issue of how long it goes on, it’s really kind of up to the Senate. People will have to conclude are they learning something new? At some point we’ll get to an end.”