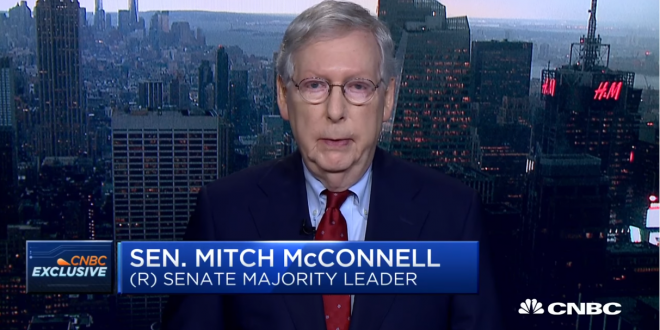 McConnell: Senate Will Acquit Trump Quickly Because 2020 Democrats Will Want To Get Back To Campaign

Senate Majority Leader Mitch McConnell (R-Ky.) on Tuesday predicted the Senate would acquit President Trump of any articles of impeachment passed by the Democratic-controlled House. “How long it goes on really just depends on how long the Senate wants to spend on it,” McConnell told reporters.

“I will say I’m pretty sure how it’s likely to end. If it were today, I don’t think there’s any question it would not lead to a removal,” he said. “So the question is how long the Senate wants to take. How long do the presidential candidates want to be here on the floor of the Senate instead of Iowa and New Hampshire?” he said.

“It’s very difficult to ascertain how long this takes. I’d be surprised if it didn’t end the way the two previous ones did with the president not being removed from office,” he added in apparent reference to former presidents Bill Clinton and Richard Nixon.