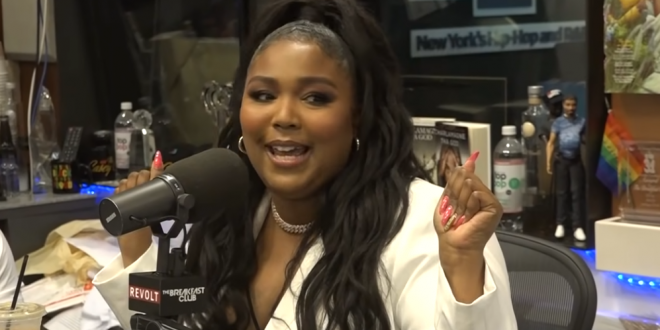 Lizzo, a charismatic new pop and R&B star, has been nominated for eight prizes at the 62nd annual Grammy Awards, leading a class dominated by fresh faces like Billie Eilish and Lil Nas X. Lizzo spent much of the last decade as a struggling rapper and singer, but broke through this year with hits like “Juice” and “Truth Hurts,” and a bold, body-positive persona.

Little known to mainstream audiences a year ago, she is now up for every major award at the Grammys, including album of the year for the deluxe version of “Cuz I Love You,” record and song of the year for “Truth Hurts,” and best new artist, the Recording Academy announced on Wednesday.

Not so long ago, the Grammys were routinely criticized for rewarding journeyman stars and rock elders at the expense of pop’s younger and more vital ranks. No longer. Continuing a trend that has been building for several years, the latest crop of nominees are young, diverse and largely reflective of the forefront of pop.

The Record of the Year category boasts Bon Iver for “Hey, Ma,” Grande for “7 Rings,” H.E.R. for “Hard Place,” Khalid for “Talk” and Post Malone and Swae Lee for “Sunflower.”

Other top Grammy nominees for 2020 include Beyoncé, who notched four nods for her work on her Lion King soundtrack. Radiohead’s Thom Yorke also picked up four nominations, including Best Alternative Album for Anima, as did British newcomer, Yola, who bolstered her Best New Artist look with several nominations in the Americana categories, including Best Americana Album for Walk Through the Fire.

Michelle Obama — former first lady, best-selling author and “world’s most admired woman” — can now add a new accolade to her resume: Grammy nominee. That’s right, Mrs. Obama is nominated for best spoken word album for the audio version of her memoir “Becoming.” Fellow nominees in the category include members of the Beastie Boys and actor-director John Waters.