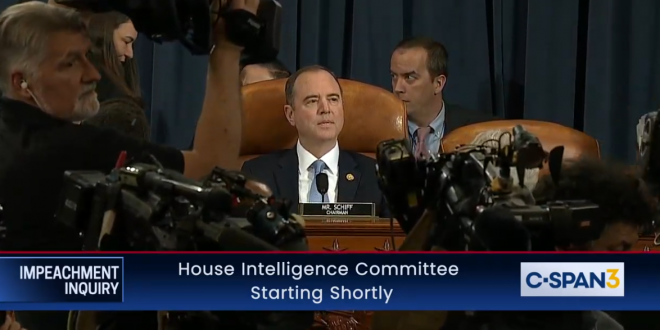 The closed doors of the Trump impeachment investigation are swinging wide open. When the gavel strikes at the start of the House hearing on Wednesday morning, America and the rest of the world will have the chance to see and hear for themselves for the first time about President Donald Trump’s actions toward Ukraine and consider whether they are, in fact, impeachable offenses.

All on TV, committee leaders will set the stage, then comes the main feature: Two seasoned diplomats, William Taylor, the graying former infantry officer now charge d’affaires in Ukraine, and George Kent, the deputy assistant secretary in Washington, telling the striking, if sometimes complicated story of a president allegedly using foreign policy for personal and political gain ahead of the 2020 election.