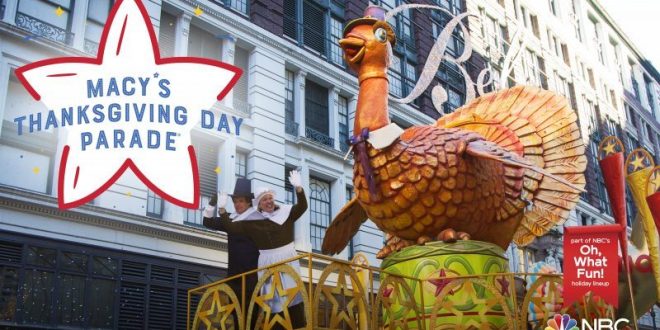 There’s no better way to kick off the holiday feast than by watching the Macy’s Thanksgiving Day Parade. Now in its 93rd year, this year’s parade will include performances by the likes of Celine Dion, Lea Michele, Idina Menzel, Kelly Rowland, Ozuna, Chicago and Natasha Bedingfield, plus brand-new balloons featuring Astronaut Snoopy, Spongebob Squarepants, Dr. Seuss’ Green Eggs and Ham and the return of Smokey the Bear!

This year’s parade is set to broadcast live on NBC at 9 a.m. in every time zone on Thanksgiving Day. The event can also be streamed on NBC.com, the NBC mobile app, or the NBC channel on Hulu+ Live TV, YouTubeTV and more. Verizon will once again be streaming the parade from its YouTube page. Hosted by Terry Crews and Lilly Singh, Verizon’s 360 Livestream will feature views from 360 different cameras placed at various points along the parade route in New York City.